In the course of time the ancient knowledge of Kriya Yoga had a tendency to fall into oblivion. It is said that in the 19th century Kriya Yoga was revived by a Himalayan Yogi by the name of Mahavatar Babaji Maharaj. It was retransmitted to his beloved disciple Lahiri Mahasaya at the end of the 19th century.

The narration of the encounter between Lahiri Maharaj and Babaji is told in Paramahamsa Yogananda’s book “Autobiography of a Yogi”. Lahiri Mahasaya reached the highest spiritual realization through the Kriya Yoga technique. Very quickly he obtained a high reputation and numerous disciples came to him.

Sri Yukteswar was one of his most excellent disciples. As a great Yogi and astrologer, he himself had brilliant disciples, among those was Paramahamsa Yogananda.

Swami Shanakarananda Giri was born on an auspicious day, Janmâstami, the birthday of Lord Krishna.

He was born in the small village of Rambha on the rivers of Chilka lake, in the Indian province of Orissa. He was raised in Bhubaneswar and received Kriya Yoga initiation at the age of 12. He lived as Brahmachari (aspirant for monkhood) in the spiritual community of Karar Ashram of Puri that had been founded by Sri Yukteswar. At the age of 20 he joined the monastic order of the Giri branch, receiving his monkhood from the Jagadguru Shankaracharya of Gorbadhan Math in Puri.


He is also the heir of the astrological system of Cosmic Astrology, created by Sri Yukteswar. He received it from his guru Swami Narayan Giri (Prabhujee).

Swami Shanakarananda Giri founded the Kriya Yoga Temple in the heights of Rishikesh in Tapovan, a departure point for pilgrimages to the source of the river Ganges. 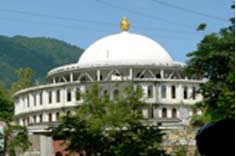